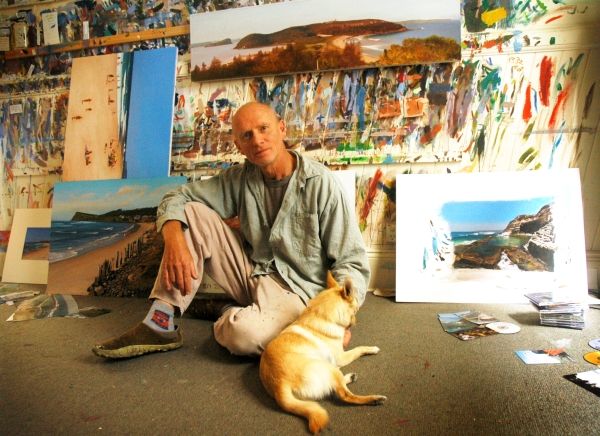 John Earle is best known for his Seascape/Landscape painting.

He was born in Newcastle in 1955, grew up and was educated here.

He has been exhibiting his paintings regularly since completing a Postgraduate Diploma in Art (1981).

He has recently exhibited paintings and sculptures from his Larri Patience Period alongside his seascape paintings at Cooks Hill Gallery Newcastle.

He has had over 30 solo exhibitions in Newcastle, Sydney and Melbourne and has been in many group exhibitions.

He has been hung in the Wynne Prize for landscape painting (Art Gallery of NSW) six times.

His work is in public and private collections throughout Australia, New Zealand, USA, Europe and Asia-Pacific.

In 1994 John established his painting studio in Merewether. It is a place open to the public three afternoons a week with a display of his limited edition reproduction prints, or giclees, ceramics and a look inside his painting room with new work in progress.